Attributes of the Gods: Imhotep
2011
papyrus made in Egypt, reed pen, gpld leaf
By writing down his observations for posterity, Imhotep shaped medicine for millennia. He is sometimes credited with inventing papyrus, which enabled ancient Egypt's extensive record keeping. He was also Royal Sculptor. After his death Imhotep was actually declared a God by the Pharaoh.

I used gold leaf on the pedestals of all of the "Immortals' in this hall, in another reference to depictions of Deities in art. 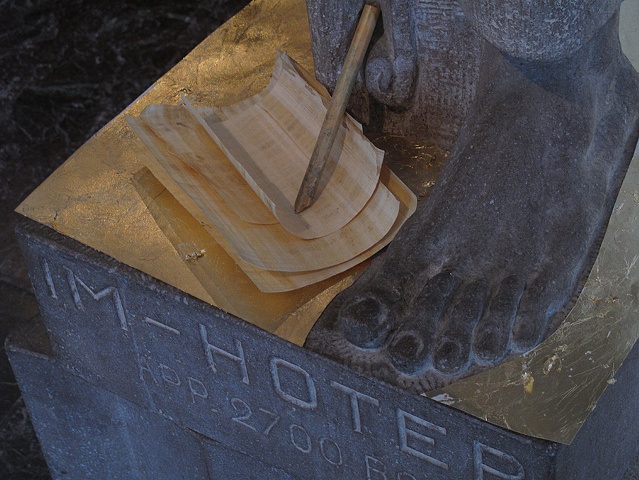